Somewhere in Transylvania, a group of entrepreneurs and computer scientists are writing the future of blockchain - UPGRADE 100 News
News

Somewhere in Transylvania, a group of entrepreneurs and computer scientists are writing the future of blockchain

EXCLUSIVE. A startup based in Sibiu, Romania, has built a new blockchain in less than 3 years, with 1,000 times more processing capacity than current implementations. With a strong team, and an investment of 5.15 million dollars, they developed a cryptocurrency platform that can process 10,000 transactions per second (compared to just 5-7 transactions in Bitcoin or 15 in Ethereum), and will soon announce a user interface expected to radically simplify blockchain use, make the technology invisible, and bring it to the masses.

We first met at UPGRADE 100 Festival and, again later, in our radio show and podcast. We certainly had our doubts but decided to nonetheless follow through with this distinctive project, called ELROND.

For 1.5 years the venture was initially self-funded by the founders, which then secured a $ 1.9 million investment in the summer of 2019 from Binance Labs, Electric Capital, NGC Partners, Maven 11 and Woodstock in addition to angel investors from several countries.

Three months ago, a text message caught our attention: “We have built a new blockchain from the ground up, to be a thousand times better in terms of scalability.. And there’s more.” Say, what?

The ELROND team – founded by Beniamin Mincu together with his brother Lucian Mincu and a well-known Romanian tech entrepreneur Lucian Todea (founder of Soft32, investor/partner at MobilPay and investor in other well-known startups such as TyingDNA or SmartBill) – claims that they have already built a product 1,000 times more efficient in terms of processing capacity, speed and cost, and this is soon about to launch.

“The internet had two important inflection points for growth: the move from text to graphics through browsers like Mosaic and Netscape, and later the move from dial-up to broadband. Elrond will bring the same improvements in simplicity and performance to the blockchain space, enabling a new wave of growth.”

„If the dominant technology can only process 7 or 15 transactions per second, and is valued at tens or hundreds of billions of dollars, that suggests the technology is very promising but is still in infancy. With Elrond we’ve built a better solution that is going to dramatically increase performance.”

But the team led by Mincu simultaneously runs a second ambitious project, on route to launch soon, and bring an interface so easy to use, that it could democratize the use of blockchain and propel it to mainstream adoption.

„It will be so simple and intuitive that even our parents will be able to enjoy the benefits of blockchain. Just as the average user does not know that when he sends an email, he uses the SMTP protocol, so will he soon be able to send money globally, without realizing that he operates via blockchain,” explains the founder.

A 1,000 times more scalable blockchain and a simple user interface could bring this technology to mass use, and they make for good ingredients for a potentially historic moment for technology.

Beniamin Mincu and his team say they are very close to launching this revolutionary ecosystem.

Perhaps fittingly, the starting point for this technology is called “The Genesis”, which refers to the specific point in time when the interface will connect and work seamlessly with the new super-scalable blockchain, ushering the beginning of a new blockchain era.

Sounds big? That’s because, potentially, it just might be.

„We’ve built the foundation on which we’ll build the maximally efficient and useful version of money. And what we mean by this is that we’ll finally have a currency that can be transferred globally, in an instant, and at a negligible cost”, explains Mincu.

What is the next milestone for the Transylvanian startup?

„We’ve done some very important security and financial audits right now with a few companies that have done security audits for Apple, NASA, Facebook and DARPA. We are testing the final versions that need to go out in order for us to be able to launch The Genesis. This is the moment we’ll also come out with a surprise user interface that we have not disclosed so far. We’re really excited about that!”

The story of ELROND sounds interesting – but as we all know, the last few years have been full of so-called “PR bullshit” in the tech industry. So we checked further, as deep as possible.

To say that you have the ability to build a blockchain sufficiently scalable for today’s internet, is not an easy task. That’s why we tried to find out how solid the ELROND position is.

Here are some key findings:

Binance is the largest crypto-exchange in the world and they have invested in ELROND, through Binance Labs.

„The Future of Blockchain. Made in Transylvania”

Last but not least, you can check an in-depth interview with the ELROND founder Beniamin Mincu, taken by UPGRADE 100’s founder Dragoș Stanca + a documentary made by our team in Sibiu, Romania.

We tried to tick all the boxes: what is the breakthrough ELROND has achieved, what changes will it trigger, what is the vision of the founders for the future, what will the impact of the launch be, what are the risks and perils that the investors run and, especially, how close are we to using blockchain just like we are using the internet.

Is the future of highly scalable blockchains written in Romania? We’ll see. Until then, one thing is certain: in Sibiu, southern Transylvania, an enthusiastic team works day and night to build their dream – a new blockchain that will massively impact tomorrow’s world.

is the founder of UPGRADE 100 and a digital media expert, investor and entrepreneur. Full bio: www.upgrade100.com/dStanca 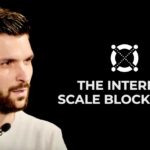 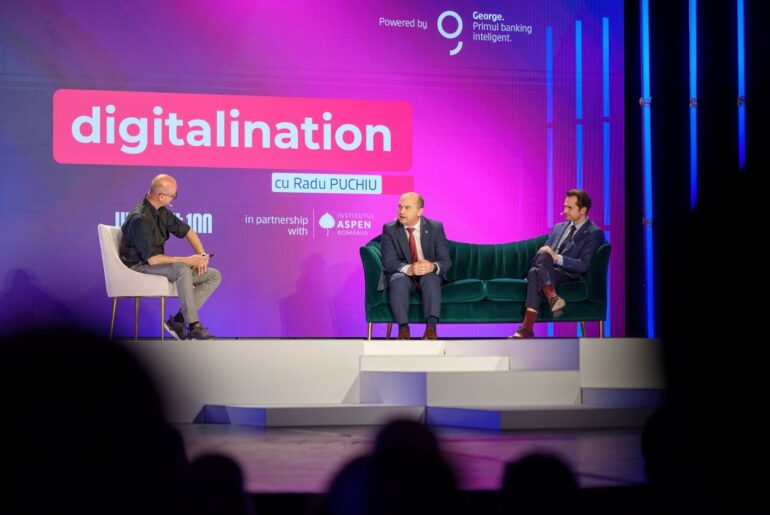