This year, iCEE.fest brings together social and political communication experts to demonstrate how digital technology can transform society.

Under the concept of UPGRADE Democracy, professionals and political consultants will help you have a better understanding of new transformations in digital political campaigns, talk about electoral campaigns and their implications, debate public policies, deal with issues such as digital diplomacy and the Open Government concept and draw action and civic initiatives to modernize and update democracy.

Speaker from the USA, Mexico, Greece, South Africa, Israel, Romania, and Kosovo have been confirmed for the Democracy UPGRADE Stream/ here‘s the updated list:

Kyriakos Pierrakakis, Research Director @ DiaNEOsis, a think tank based in Athens, Greece, focusing on the economic and social reconstruction of the country.

Eric Schultz, Independent Consultant and former Ambassador of the United States of America to Zambia

Radu Puchiu, former Secretary of State in the General Secretariat of Government, State Councilor on IT & C Issues and Online Services

Armando Regil, Founder, President and CEO  of  i2Co: School  of  Transformative  Leadership, whose mission is to inspire and accelerate leaders through transformational learning experiences. 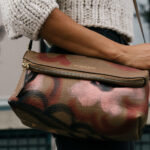 Tupac tribute murals and graffiti from around the world