How FinTech challenged the Financial System and why we should pay much more attention on the large Tech Firms, in a report by WEF and Deloitte - UPGRADE 100 News
News

How FinTech challenged the Financial System and why we should pay much more attention on the large Tech Firms, in a report by WEF and Deloitte

In collaboration with Deloitte, the World Economic Forum released its latest report – “Beyond FinTech: A Pragmatic Assessment Of Disruptive Potential In Financial Services“.

Presenting a series of contracting outlooks for the future of the industry, the report considers the evolution and impact of FinTech firms on financial services.

One of the most important findings from the raport is the fact that FinTechs have changed how financial services are structured, provisioned and consumed, but haven’t successfully established themself as dominant players.

“They play a critical role in defining the pace and direction of innovation across the sector but have struggled to overcome the scale advantages of large financial institutions.” [source]

According to the report, these are the 8 forces that have the potential to shift the competitive landscape of the financial ecosystem:

New players in the Financial Services: the Tech Firms Facebook (as we saw above) isn’t the only example of tech firm threatening the system and that’s mostly because the payments have continued to migrate away from cash.

They become less visible to the customer as consumers shift purchases to online and mobile channels:

For a more in-depth reading, here is the full report.

Don’t forget, FinTech was one of iCEE.fest 2017 streams, with Chris Skinner presenting in the opening of the festival. The video content is available on iCEE.academy. 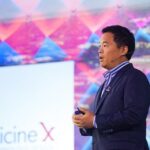 iCEE.health is going back to Stanford Medicine X 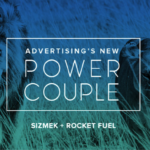