With experience at both the client and agency sides of the table, Kris Hoet is bringing @ iCEE.fest 2018 a unique perspective of the crossover of creativity and technology - UPGRADE 100 News
ICEEfest

With experience at both the client and agency sides of the table, Kris Hoet is bringing @ iCEE.fest 2018 a unique perspective of the crossover of creativity and technology

Kris Hoet is Co-Founder and Chief Innovation Officer of Happiness, aCreative Connectivity Agency “helping clients to lead the way in the 3.0 communication era”.

Before joining Happiness, Kris was part of the management team at Duval Guillaume, the agency responsible for internationally renowned advertising classics, such as:

Kris joined Happiness as a partnerin 2015 – now has offices in Brussels, Belgium, andSaigon during the same time the agency became part of the FCB network.

The agency has been featured in Taschen’s Cannes Lions Game Changers book and has won numerous awards, including the Grand Prix at the Cannes Lions and eurobest.

Kris is a renowned speaker at international marketing conferences and has served on several award juries including Sharks and Cannes Lions.

He was an Advocate of the TED Ads Worth Spreading program as well as curator of All Gunns Blazing, a selection of all the most innovative worldwide creative work of the famed Gunn Report.

Kris’s WARPED Newsletter, “a weekly dose of ideas, data, trends and other awesomeness”,has obtained many readers in the industry globally over the last3years. 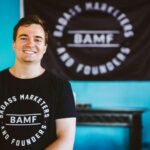