The iCEE.fest – Interactive Central and Eastern Europe Festival – is just around the corner! The full list of CONFIRMED SPEAKERS is here (some new ones to be added last minute).

Facebook, Google, The New York Times, AOL, Lego, The LadBible, News Deeply, TripAdvisor, Discovery, Xaxis, BBH, Lola Mullen Lowe, Fashion Days, UiPath are just some of the companies that will take the stage on June 15 & 16 at the 2017 edition of the festival.

Interested to join for the first time? Here’s the vibe:

The Interactive Central & Eastern Europe concept amplifies its footprint this year with two new products: iCEE.news the news website dedicated to the digital industry as well as iCEE.academy, the e-learning platform (that will extend in the second half of the year with offline courses, too).

iCEE.fest will be held on June 15-16 and is organized by ThinkDigital Romania, in partnership with Orange and the international support of IAB Europe. The festival is also sponsored by Carrefour (gourmet and high-tech partner), BCR (upgrade stage partner), Volkswagen (the official car), XAXIS and Ernst&Young.

IMPORTANT: Each ticket you buy means a lot: a part of the value will be redirected for this spectacular project, helping sick kids to discover technology.

Get ready to become your best version! 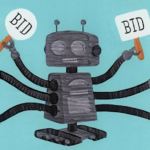 Alex Visa, GroupM: “I believe in the theory that the entire digital advertising industry will automate” 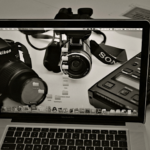 Like it or not, the future of journalism is decided in Silicon Valley. 10 findings of an extensive study.