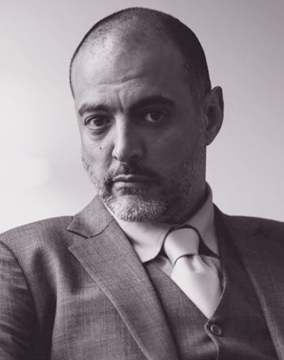 Born in America and raised in a family of Turkish Psychiatrists, philosophers, and artists, Yaz pursued an education in industrial-organizational psychology during his early years. He later joined the US Air Force to study Aeronautical Engineering and Meteorology.  Upon finishing his degree and term in the Military, Yaz worked for military contractors as an Ergonomics consultant followed by his own practice in Consumer Psychology.  Meanwhile, creating and selling restaurant concepts in his free time with his friends in the Hospitality industry.  Yaz moved to Istanbul in 1999 to assist retail holdings establish CRM frameworks and protocols.  In 2004 Yaz began publishing on-location reports in trade magazines for various sectors such as Oil&gas, Electronics, Renewable Energy, Pharmaceutical, and Travel.  After which, he started his own Luxury Publication for the Oil&Gas sector and later the Hospitality industry.  Yaz was also the recent Country Manager of TripAdvisor in Turkey the past four years.  Now he performs public speaking and gives workshops on Digital Reputation Management, Consumer Psychology in a disruptive age of technology and has personal fellowship-interest in Quantum Cognitive  Behavioral  Psychology and scientific research behind Quantum consciousness.