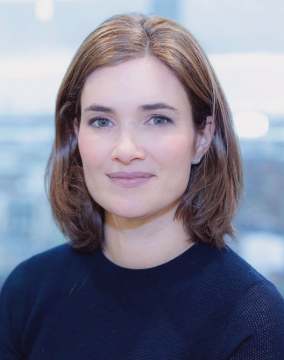 Verity Gill is the Marketing Science Agency Lead EMEA at Facebook. She works across all agency groups and is passionate about cross-platform measurement through the understanding of human-media interactions. Having started her career in Government Intelligence as a graduate, she quickly followed her passion for decoding data patterns into a technical Trading Analysis role at Credit Suisse First Boston.

Verity’s fascination of human behavior led her away from the Financial Markets and into the world of marketing, specifically media consumption. After 4 years as an Econometrician at Mindshare, and following the birth of her first child, she then launched the first online social network for grandparents in the UK, Grannynet, which ran as a Social Enterprise for 8 years.

In addition to her digital and media experience, Verity has also recently completed a Masters at University College London in Digital Anthropology. In her dissertation she adapted the economic model of demand theory featuring rational consumers to an anthropological model of desire considering the more frequently encountered irrational consumer. It was one of the first to blend the relevance of philosophy, economics and anthropology into a palpable and executable consumer–centric strategy. In 2018 she was revealed as one of twenty Women in Data UK, chosen for their inspiration and activity as a role model for women in the field of data. She has three children and lives with her husband in London.