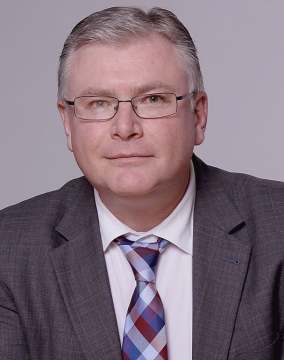 Sorin Mindrutescu is the Country Leader for Oracle Romania, as of February 2008. In this role, he is responsible for local sales and project delivery. In this position he has the responsibility to coordinate Oracle's business on the Romanian market as well as to coordinate technical support and support services for customers in Romania and abroad.

Mr. Mindrutescu joined Oracle in March 2001, in which he held management positions. Between 2004 and 2008, he was the Regional Sales Director of the company for the South East Europe Region, coordinating the work of 11 countries, and between 2015 and 2017 he held the leading position as Central and Eastern Europe Cloud Solutions Leader. Its responsibilities included developing customer base, coordinating projects, creating teams, developing business strategies, and adapting them to the local and regional context.

During 2009 – 2012 Mr. Mindrutescu was Chairman of the Board of Directors at American Chamber of Commerce in Romania.