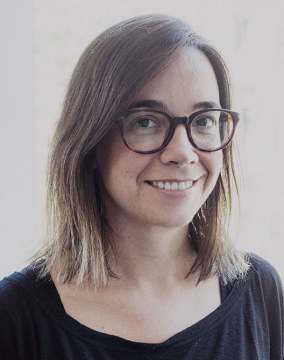 Laia Zanon put her background in film, advertising & theater production to work into experiential design, with the aim to create impactful experiences that inspire audiences and help brands generate emotional relationships with their consumers.

She is Director of Creative Production at Wildbytes, an experiential innovation agency focused on producing campaigns, activations, and retail experiences through creative uses of bleeding-edge technology, based in Madrid, Barcelona, and New York. Their work has been recognized by media such as Huffington Post, PSFK, Forbes, Bloomberg, TrendHunter, MTV News, Gizmodo, Fubiz, Time Out New York, Time Warner Cable’s NY1, or Businessweek.

Laia has led the production of immensely successful launch campaigns like the large-scale 360º film and 4D experience “Created in Barcelona” for SEAT, or the launch of Fenty Beauty by Rihanna in Italy and Spain, generating over 1.7 billion impressions. With the team at Wildbytes, she has been involved in VR, AR, MR and interactive mappings productions for advertising and retail.