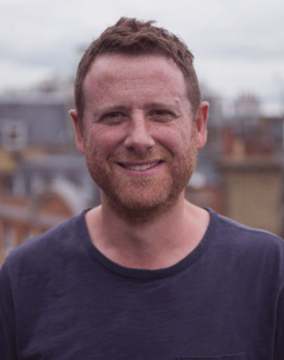 Dave Bedwood started his advertising career as a Creative back in 1998; working at several of the large ad agencies in London – Partners BDDH, Y&R, M&C Saatchi.

In 1999 he became one of the first ‘traditionally’ trained Creatives to get into digital advertising. (He hadn’t yet been on the internet, taking a train to his friend’s cousin's house to see it…)

By 2001 he was Tribal DDB’s Creative Director, after four more years he felt that the big agency network had taught him enough to risk starting his own agency.

So, in 2004, alongside three Tribal DDB colleagues he set up ‘Lean Mean Fighting Machine’ with the mission to be the best digital agency in the world.

That year Dave was voted into Campaign Magazine’s 'Faces to Watch' as well as Campaign’s 'Top Ten Creative Directors'.

2005 saw Dave win Campaign’s 'Young Achievers of the Year' Award, and he was voted by his peers to be the number one creative in digital advertising.

He has also been a judge and Chairman on these major award shows. (There is no link between when he was a Judge and when he won…)

In 2008 Dave made The Observer's Future 500 list, Campaign’s A-List, and saw Lean Mean Fighting Machine become the first, and only, UK agency to win ‘ Cannes Interactive Agency of the Year' Award.

In some way, they had completed their original mission.

In 2013 Lean Mean Fighting Machine was sold to M&C Saatchi where Dave became Creative Director. He ran the Transport for London, Virgin and Land Rover accounts, across all media.

Today he runs the Lexus Europe and Lexus International accounts at The & Partnership London.