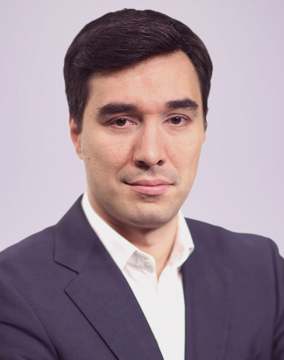 Claudiu began his journalistic career in radio, and in 2004 he became a political correspondent with the most important television in Romania at that time, PRO TV.

In 2008, he moved on to run Gandul.info where he successfully repositioned the brand, making the transition from the print version to the most influential news site in Romania. Under his lead, Gandul.info’s online audience rose from 40,000 readers a day to over 500,000 readers a day, with a peak of six million readers a month.

Alongside the GMP Advertising team led by Mihai Gongu, Claudiu, as Editorial Manager of Gandul.info, received several awards for the “Why Don’t You Come Over” editorial campaig – the first Romanian editorial campaign covered by Time Magazine, and several other prestigious publicaations – Der Spiegel, El Pais, El Mundo, Le Figaro, Washington Post, Financial Times, The Economist, The Independent, Channel 4 and BBC News. This campaign received numerous awards, like the Grand Prix in Digital Campaigns in Golden Drum and in Eurobest in PR, and the Gold Medal at Ad Stars 2013.

In 2011, Claudiu became the Editorial Manager of Mediafax Group, and the presenter of the most important political, economic and social debate television show in Romania, Pro TV’s După 20 de ani (20 Years After) – leader in the News/Current Affairs category.

In 2015, together with the wellknown journalists Cristian Tudor Popescu, Florin Negruțiu, and Alex Livadaru, he founded the independent publishing platform Republica.ro.