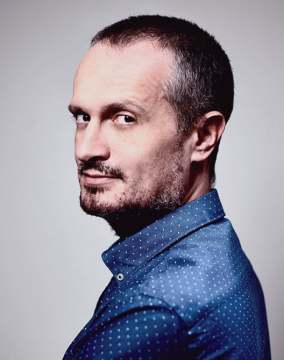 Dragoș is the founder of the publishing, b2b networking and digital transformation events platform UPGRADE 100 – built around the community of the former iCEE.fest festival, launched in 2012.

In 2018, he was elected President of BRAT by the representatives of the largest media companies, advertising clients and agencies. Founded back in 1998, BRAT (the Romanian Bureau for Transmedia Audit) is the national media and advertising industry auditing office monitoring and measuring performance of websites, OOH, radio advertising and the print press in Romania.

His passion for media also comes from his early career as a journalist [he previously was a reporter and later on editor-in-chief for the Belgian radio station Radio Contact, then, the Swiss publisher Ringier and American tv station ProTV -> between 1996 and 2004].

Dragos took over managing roles in the print, online and TV industry [before launching his own business ventures, he led companies or divisions of former large Romanian press groups such as MediaPro and Realitatea – Catavencu -> between 2005 and 2010].

He is quite active on social media [Facebook, LinkedIn, Twitter and Instagram], hosts a radio show about technology and digital culture called UPGRADE 100 at Radio Guerrilla + a series of podcasts that you can listen to here.